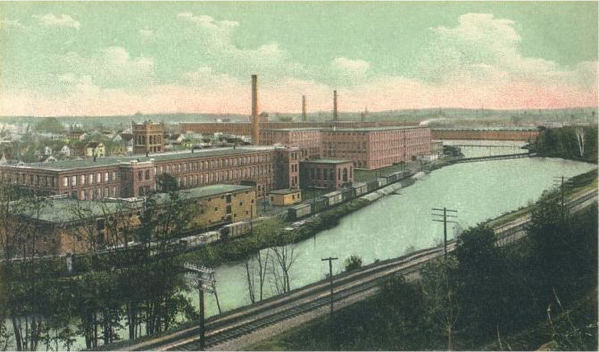 In a lot of ways, it’s a typical New England river town – once a center of manufacturing, now a tired downtown and magnificent but abandoned brick mills scattered on the banks of a river. Even the river has seen better days.

It was all downhill from the 1920s on, the advent of air-conditioning and rise of cheap labor in the South quickly stripped away businesses that had been thriving during the Civil War. The final nails in the manufacturing coffin was the Great New England Hurricane of 1938 and devastating floods in the mid-1950s.

By the 1970s this particular town was almost boarded up. The town is miles from even a mid-sized city, there were no jobs in town, too far to commute. Enter two brothers. They could be twins – they’re both tall, thin, avuncular, with many laugh lines – though they are three years apart in age. 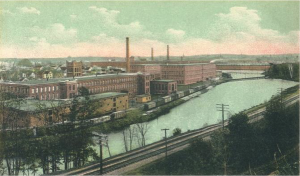 In the mid-1970s they bought – at bargain rates – a long stretch of property on the river. They knocked down the ruins that were there and built a modern, 110,000 square foot wire manufacturing plant. People not only thought they were crazy, they had no problem telling the brothers that to their faces.

But, the business took off, in short order became the largest employer in the area since the Depression Era. A bit of an awakening of Main Street followed, particularly restaurants and bars.

In the mid-80s the brothers expanded. This time with the blessing and full support of the town. The town gave them property on the opposite bank of the river where the brothers built a basically identical plant. The town voluntarily floated tax abatements, widened the roads for them, did everything they could to insure the brothers were comfortable and unimpeded by bureaucracy.

The company flourished and our small New England town stayed alive. There were improvements and additions and more employees and more town voluntarily given concessions. Some of the boarded up Victorians lining the hill above town were renovated, the old movie theater reopened.

By 2010 or so, it looked like another expansion was in order, the brothers hired consultants to look for properties, talk to the town.

Then, one bright sunny day in mid-2013 the younger brother was late for work, a rare occurrence. When he finally showed up hours into the day he went straight to his brother’s office and told him he was done. Over. Wanted out. Now.

He had had it. He demanded to be bought out then and there. In full. For the exact amount, down to the penny, of what half the business, property, contracts, company trucks and cars, good will were worth. His attorney would be in contact later in the day.

And that was it. No warning, no explanation, just a demand for his money. Indeed, no explanations were ever offered. It goes without saying the first casualty was the expansion plans, by then in the late stages of development. It soon became apparent that the only way to pay the brother half the value of the company, et al., was to sell … everything.

There are, as one can imagine, a million problems with this strategy.

The problem here is simple and widespread – the businesses partners had never discussed anything beyond running the business. Now, an entire town quakes while it awaits what the brother set in motion the first time one of the partners talked about an exit strategy.