…is designed not to be noticed. It’s not there to reacquaint you with the lost hits of the 70s or 80s or to remind you that Dan Fogelberg not only existed but sold records. 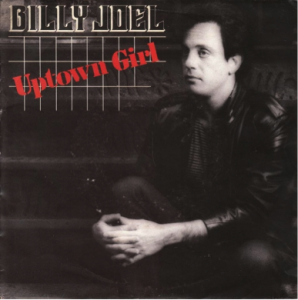 Grocery store music is there, solely, to cover up the clicks, whirls, thuds, groans, creaks of the store, thereby creating a better shopping environment. Industrial psychologists figured this out during the Eisenhower administration.

Lately, though, I’ve been noticing the music as I wheel down the aisles. And what it represents. Let’s start with two premises – when someone forms a band they are forming a company; in the history of recorded music no artist has ever aspired to be played in a grocery store, elevator, hotel lobby.

And yet plenty are. How does that happen? Somewhere along the line sometime unexpected occurs and the artist, singer-songwriter, band, is forced to sell songs. Songs are currency. To paraphrase George Bailey, every time you hear a song on the radio, Spotify, and a million other places an artist somewhere is getting paid. As much as seventy-five cents. It adds up.

This doesn’t happen with grocery store music. Those songs were sold to companies that collect them and put together that Saturday afternoon Turn Back the Clock to 1963 collection that you would avoid if they were handing out free food.

It’s a bad deal. It’s like cashing in an annuity for a tenth of its value because you have to pay the rent. It is the result of failure to plan. Of not treating your business like a business. 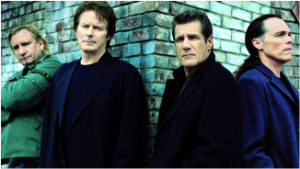 On any given shopping expedition, you hear the result of an unexpected death (or several) when Lynyrd Skynyrd waxes poetic about Alabama; divorce (or several) when Billy Joel goes on about his Uptown Girl (sold, come to think of it, because of the Uptown Girl); business disputes (many) that fractured the band with every Eagles tune; having bad or no attorneys with every song from the 60s.

Businesses fail in the same ways, it’s just that you’re not aware of them until you drive by an empty factory or hit an inactive website. Music business failures are in very public places, if you chose to listen.

Here’s the thing, though, you will never hear David Bowie, or Springsteen, or Elton John, The Who, Nirvana the grocery store. They learned early – and the hard way in most cases- to plan. Plan for their success, plan for emergencies, plan for walking way.